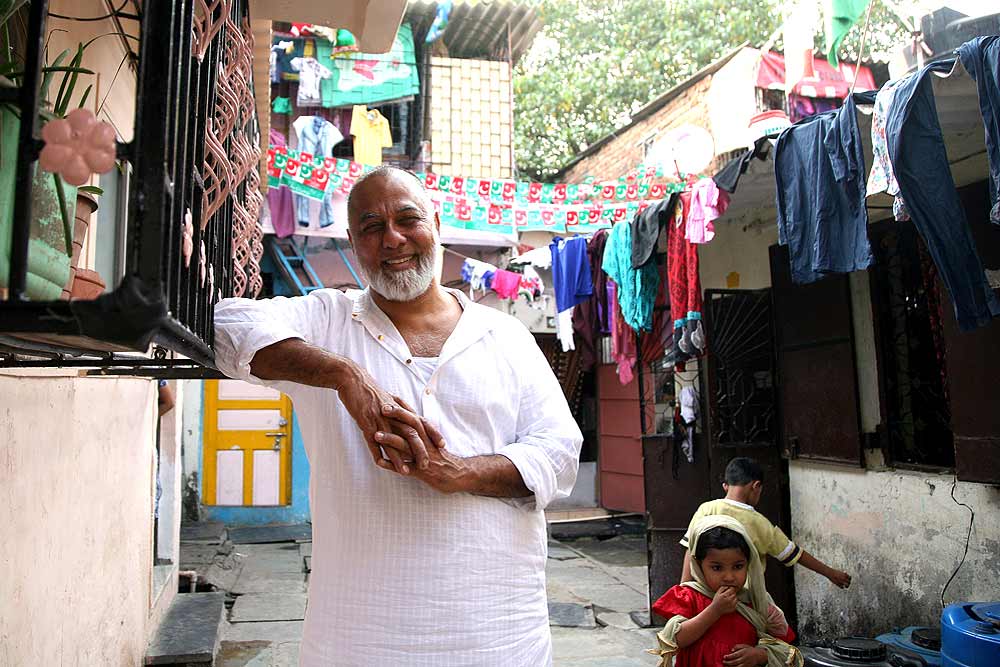 Confidential US diplomatic cables released by WikiLeaks support Mumbai resident Roshan Jamal Khan’s claim that protected witness ‘F1’, whose crucial self-incriminating testimony in a Spanish court secured convictions against him and 10 Pakistani men, was actually an undercover agent as the defence had argued during the trial.

Khan returned to his family in Jogeshwari on January 18 after spending six years in Spanish prisons.

In December 2009, he and the 10 Pakistani men were convicted by an anti-terrorism court in Spain for “belonging to a terrorist group” that planned to bomb the Barcelona Metro.

The alleged terror operation was called ‘Operation Cantata’. Khan was sentenced to jail for eight and a half years. In December 2010, the Spanish Supreme Court dropped the terror charges and reduced his sentence to six years, which ended January 16.

However, almost a year before that ruling, the then US Ambassador to Spain, Alan D Solomont, had in a cable from Madrid dated January 25, 2010, written that the prosecutor who tried the case had told US embassy political officers that F1 was indeed an undercover agent of a third country, and that there were no Al Qaeda links to the arrested men.

The prosecutor is said to have made the claim on the sidelines of a US-Spain counter-terrorism and organized crime experts working group meeting in Madrid 12 days earlier.

“Contrary to self-incriminating court testimony by the government’s star witness in the recently concluded trial regarding the plot to attack the Barcelona metro system, National Court Prosecutor Vicente Gonzalez Mota on January 13 privately confirmed to POLOFF (Embassy Political Officer) that there were no Al Qaida ties to the radical Islamist cell and that the witness was in fact a third-country undercover agent, as the defense had alleged,” the cable reads.

The cable was marked by Solomont to the CIA, FBI, Department of Homeland Security, Department of Justice, the National Counter-Terrorism Centre and the Secretary of State.

“It is evident that what we had been arguing all along is the undeniable truth,” Khan told The Indian Express when reached for comment. “The entire case was a conspiracy hatched to implicate us. The seizure of the alleged incriminating evidence of cables, pencil cells, a detonator and 18 grams of explosive was made from a bag he had brought along with him.”

The prosecution’s star witness ‘F1’ – a former member of the alleged terrorist cell who turned against his colleagues and notified authorities about the plot – gave sworn testimony during the trial that he was a member of Al Qaida since 2005.

He testified that he traveled from Paris to Barcelona under orders from an Al Qaeda official in Paris, where F1 said he formed part of Al Qaeda’s finance network.

“Given the chance to renounce his ties to AQ (Al Qaeda) during cross-examination, F1 cryptically replied, `I can only say that I have come to tell the truth to the judges and they will be the ones who decide who I am now’. Gonzalez Mota’s private comments on January 13 explain F1’s testimony in that the judges were aware that the witness was an undercover agent rather than an AQ member,” the cable states.

A month earlier, in a cable dated December 22, 2009, the then US deputy chief of mission in Madrid, Arnold A Chacon, wrote : “The strength of the verdict, which a leading counter-terrorism (CT) expert attributes to the presiding judge, is surprising for two reasons: it contrasts with a series of acquittals by the Spanish judiciary in recent radical Islamic terrorism cases (Refs B and C) and there was a widely held view that the evidence in this particular case was weak.”

“Operation Cantata has been controversial from the moment it was conducted due to the scant explosives (18 grams, less than one ounce) found in the group’s possession, the conflicting statements from Spanish and Catalan authorities regarding the cell’s timeline for an attack, and doubts about the cell’s links to foreign terrorist groups.

“As early as March 2008, Vicente Gonzalez Mota, the National Court prosecutor in the case, told The New York Times that the evidence in the case was weak and in October 2008 he privately predicted to POLOFF that some of the defendants might be released after just three years in prison,” Chacon wrote.

Following Khan’s arrest on January 19, 2008, the Maharashtra Anti-Terrorism Squad and the Central Bureau of Investigation probed his credentials from his college days until his travel to Spain, and did not find anything incriminatory.

Khan now hopes for a favourable verdict on an appeal filed with the European Court of Human Rights.